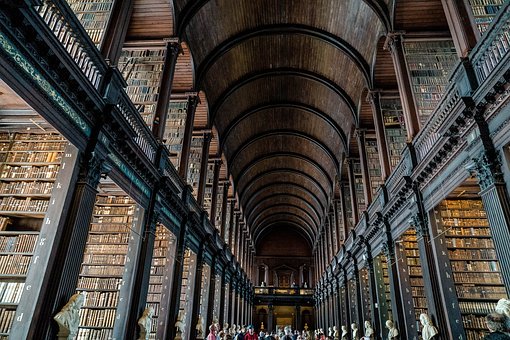 India vs Singapore Education System: Hello users here in this blog, we would like to analyze the education system of Singapore in this blog A country, which is always viewed at the top, whenever we talk about education Before we start this blog post I’d like to suggest you to read the complete post because of Germany because in this blog post, I’d not only compare the system in Singapore with comparing the system in India but also cover the system of Germany Come, you know 20% of what the Singaporean government spends on different things 20% of the government expenditure is spent only on the best education The direct effect of this is visible in a lot of things The first is the school infrastructure- the kind of schools that have been built and the facilities that are present Another is the student-teacher ratio The student-teacher ratio in India is around 25 to 30 that is, for every 25-30 students, there is 1 teacher In some states, like Bihar and Uttar Pradesh, this figure crosses 60 In Singapore. In this post, you can see the complete detail about India vs Singapore Education System

We can also see the ratio lies in between (10-15) The effect of this is also noticeable on the students’ capabilities and their interest, We can see the example PISA that is Programme for International Student Assessment rankings PISA test is basically a test that is conducted for students in different countries across the world IT judges them on subjects like Maths, Science and Reading to gauge the performance of the students and then later rankings are calculated to find out that the students of which country are the best in these subjects and are the most intelligent and most knowledgeable Singapore is almost always seen at the top in the PISA test rankings almost every year It is seen on the Number 1 or the Number 2 rank Talking about India, India last attempted this test in the year 2009 and India’s rank was second last out of total 73 countries in the year of 2009 which tells us how perfect and smart Indian students are in Maths and Science.

But there was a lot of controversy in this test And ever since India did not participate in this test in 2012 and 2015 But despite all this, Singapore education is similar to the Indian education in some aspects Do not these dialogues sound familiar? You must have heard these in your homes that if you do not study then you might grow up to become a sweeper So the culture around education in Singapore is somewhat likely similar to the Indian culture There is a lot of pressure from the parents there as well Tuitions are extremely common A newspaper conducted a poll in 2008 which found that 97% of the students studying in Singapore attend tuitions of some or the other kind Along with this.

It is extremely common for the schools to give tremendous amounts of homework unlike many European countries like Germany, Finland A lot of homework is not given in these countries The students are not pressurized to this extent In Singapore, marks are given a lot of importance as well- just like in India One interesting fact is that Singapore has compulsory education Every Singaporean citizen born after 1st January 1996 has to compulsorily attend school and if he does not do so, then it would be a criminal offense for his parents Talking about the actual system, then class 1 to class 6 is primary school At the end of class 6, the students have to appear for a Primary School Leaving Exam, that is, PSLE On the basis of the results of this exam.

The students are divided into three streams from class 7- Express Stream, Normal Academic Stream and Normal Technical Stream Express Stream is the stream of the highest level The students that perform well in the PSLE would be assigned the Express stream The others would get  Normal Academic and the ones that did not perform well would be assigned the Normal Technical If you remember, this is so similar to the German Education system After the 4th class, the students in Germany get the option of going to three schools One of them is Realschule, another is Gymnasium, and then there’s Hauptschule Keeping in mind the student’s ability.

They are suggested that they should choose one of the three schools Just like in Germany, if a student secures good grades in the normal stream, during the secondary school, then they can upgrade to the Express Stream At the end of 10th class, the students of Express Stream appear in an O level exam after which they are promoted to 11th and 12th  (which is called the junior college) and then later, they can attend the universities But the students of the Normal Stream cannot do this At the end of 10th class.

They appear for an N level exam After they appear for the N level exam then it becomes next to impossible to attend universities They can attend a polytechnic or an art institution after this or they can attend the Institute of Technical Education which is basically a vocational training institute for vocational education A question might arise in your mind that why are the students divided into separate streams in class 6th itself in the Singaporean and German education system What is the purpose behind this? Singapore introduced this system in the 1980s There was a problem of high dropout rates in schools The students were dropping out of schools because they found education quite difficult They were unable to keep up with the studies After that. We can get a complete fact about India vs Singapore Education System.

But the introduction of this new latest system led to the creation of a new type of problems If you divide the students at such a young age into different streams then this affects their mindset The normal level students might feel like they might never match the level of the Express.

level students “they are the students of “upper class” and we are not as good in studies” They begin to view themselves as that of a lower level in a way This is a very critical problem that cropped up in the Singaporean education system after the introduction of these streams This is the reason why the government of Singapore took the decision that 2024 onward, the entire system will be revamped The system of streaming will be completely done away with and in place of that.

But these two students can easily study rest of the subjects together So this will reduce divisions and this will also not restrict the complete mindset of the students Another interesting point of difference is that the textbook publishing department in Singapore is privatized that is, the textbook of the students can be made and sold by different publishers and a wide variety of books from across the world can be used in the schools of Singapore So, in a way, the students have the freedom to choose their books and look at different opinions from different books This is a huge contrast from India, where the Indian government is planning to make NCERT books compulsory in CBSE schools.

So that other books cannot be used In my opinion this is a terrible decision of the government if the government actually does this because this affects the creativity of the students and the international books from abroad- the kind of knowledge level and the different perspectives.

They bring will not be accessible to the Indian students Their knowledge would be limited to what is written in the NCERT books, In fact, the state governments of Gujarat and Orissa have already said that schools should use only NCERT books Another unique and interesting aspect about the Singaporean system is that after completing 12th class, every Singaporean male citizen when they turn 18, have to do a compulsory military duty for two years This is called National service in Singapore that is, discharge duties in the Singapore Armed Forces.

Singapore Civil Defence Forces or Singapore Armed Forces for at least two years The people there believe that this enhances discipline and this is essential for the national security of Singapore because it is a small country If there ever arises a need for a fight, then the citizens would have to rise up to the occasion for national security.

Therefore, it has been made compulsory here But the disadvantage of this is that two years of serving military duty there is a gap of two years before they can go to the university So, in comparison with the rest of the students internationally, the students of Singapore lag behind by two years in matters of studies and in matters of joining the university But in spite of this, a study conducted in the year of 2013 relayed that 98% of people in Singapore are in total favor of this national service and they support it.

And as I’ve already told you, tuitions are extremely common Just like in India, there was a negative perception around vocational training at one point of time This was around 1960s when jobs like electrician and carpentry were looked down upon that the people who do these jobs belong to the lower section of the society They were not given as much respect But this gradually changed over the course of a few decades And today, the same respect is given to these jobs Infact, 65% of students who graduate after class 12 do not join a university in Singapore They undergo vocational training of some sort or the other In my opinion.

It is essential to bring this change in India as well Because the speed with which unemployment is growing, there aren’t enough jobs to employ everyone. Hence it is extremely essential to increase the variety of jobs Every type of job should be given as much appreciation and viewed at the same standard so that the people do not harbour a negative perception for some jobs All in all, the fact remains that Singapore has been constantly learning from its mistakes rectifying them and has been changing its system constantly It gives a substantial portion of its budget.

If you have any question regarding the India vs Singapore Education System post then you can comment below, we will definitely solve your querry, you can do bookmark our blog for more informative educational topic.